We’re Pumpkin Rolling into your meal plan this week! This is the BEST keto apprüved dessert and sure to impress EVERYONE you serve it to! Easily adaptable to other flavor combinations, this is a WIN!

1. Add cream cheese to mixing bowl and mix on medium until creamy.
2. Add remaining ingredients and combine until smooth.

1. Add almond flour, coconut flour, baking powder, xanthan gum, cinnamon, ginger, and salt to bowl and stir to mix.
2. In a separate bowl, beat egg yolks and 1/2 cup of granulated swerve on high until thickened.
3. Stir in pumpkin purée and vanilla.
4. In another mixing bowl, beat egg whites on high until soft peaks form.
5. Add remaining granulated swerve and beat until stiff peaks form.
6. Fold egg white mixture into egg yolk mixture.
7. Gently fold almond flour mixture into egg mixture.
8. Line a jelly pan roll with parchment paper. Spread mixture evenly on parchment paper.
9. Bake 15-20 minutes at 350F.
10. Remove the cake from the pan as soon as it comes out of the oven.
11. Turn it out (carefully) onto a clean tea towel dusted with powdered swerve.
12. Starting at the short end of the towel, tightly roll the cake and towel together.
13. Place the rolled cake in refrigerator for 30 minutes, until completely cooled.
14. Carefully unroll the cake from the towel and add cream cheese filling.
15. Roll cake and tightly wrap in plastic wrap.
16. Store in refrigerator up to 5 days or freeze for up to one month.
17. Enjoy! 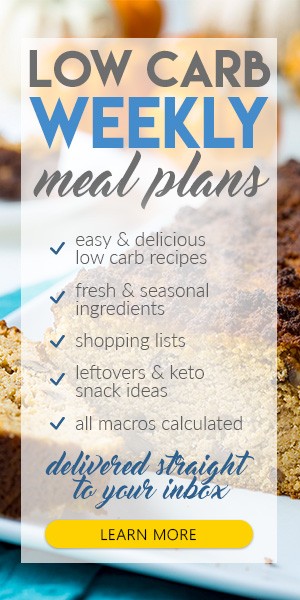 © 2018 That Ketone Girl Disclaimer: Statements on this website have not been evaluated by the Food and Drug Administration. Prüvit products are not intended to diagnose prevent treat or cure any disease. If you are under medical supervision for any allergy, disease, taking prescription medications or you are breastfeeding contact your medical provider before adding any new supplements to your daily regimen. Some links in posts are affiliate links. If you click on a link and make a purchase, I may receive a commission but your price will not change. All products that I link to I use personally and contain no ingredients that we don’t recommend for optimum health. The information contained on this site is not intended to diagnose, treat, cure, or prevent any medical condition and is not to be used as a substitute for the care and guidance of a physician.